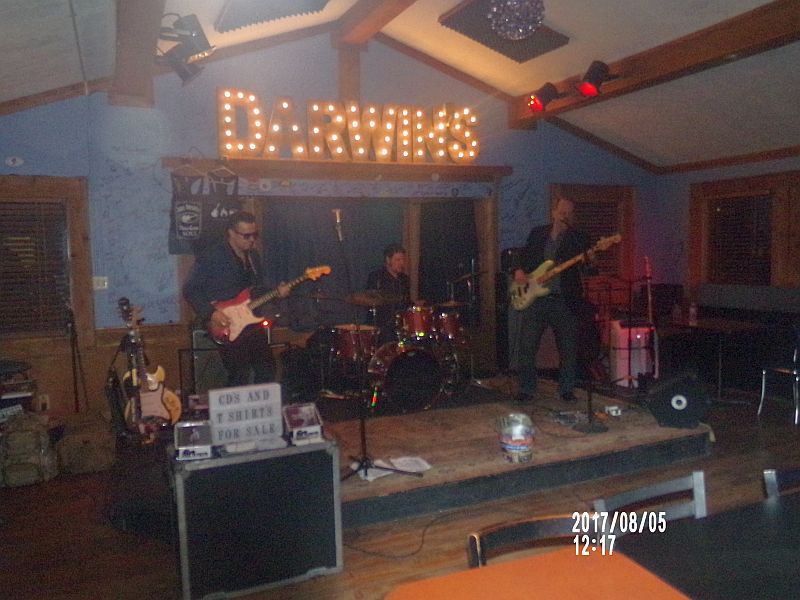 Joel DaSilva crouches over his guitar onstage, ready to unleash a flood of sound. The drummer is poised and the bass player stands tall as the audience waits with anticipation. The song begins, and it is immediately obvious that we’re in for an exciting evening!

Trying to categorize DaSilva’s music is not easy. It has a strong blues base and a lot of vintage rock and roll. With his dark glasses, DaSilva has a Buddy Holly-Roy Orbison kind of vibe, and he moves like an early rock and roller with his deep bends and lunges. in the past, he has been a member of rockabilly and psychobilly surf groups and has performed with everyone from BB King, Reverend Horton Heat,and recently, Buddy guy, and you can hear all of that in his performance. The surf sound is particularly evident in some of the instrumentals as his fingers speed across the strings with consummate skill. Yet when he comes off the stage and into the crowd singing a song about searching for his baby and stopping to play at various tables, it is pure blues.

A humorous moment occurred when, after a couple of songs, the bass player announces “We’d like to thank you all for coming out tonight. I know you have to get up early and go to work tomorrow..” and DaSilva quickly stops him, “It’s Friday, dude.” “It is?”

Ah, life on the road.

During the set we saw. DaSila and the Midnight Howl (Johnny Doe, drums, and Captain Bassman, bass) were exciting and entertaining and left us wanting more.I look forward to the new CD expected to come out in September and encourage you to go see Joel DaSilva and the band any chance you get!

Originally published at Making a Scene